Published 6 months ago by Byron Gonzalez 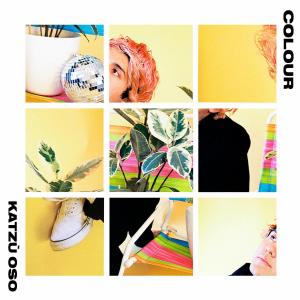 Los Angeles, dream-pop, disco revivalist, Katzù Oso releases his highly anticipated EP, Colour via Cosmica Records. For months, Paul Hernandez (A.K.A. Katzù Oso) has been building anticipation and rambunctiously teasing fans via twitter about dropping a new EP and fans were all about it. I ate it up too.

After months of playful, suspenseful releases, Colour is finally here.

The album features six tracks, two of which have been unreleased until now, “Retail Therapy” and “Park Avenue.” These two songs, although completely different, are filled with some groovy disco manipulations, twirling cadences and futuristic disco club vibes complete with neon, quad roller skates, colorful, blaring strobe lights, fabulously bedazzled bell-bottom pants and exclusive entry to the most happening disco clubs this side of the rocky mountains with state-of-the-ar, booming hi-fi sound systems. While getting groovy in the disco club, Hernandez’ silky shoegaze vocals, his electrifying synths and killer and some very deep syncopated bass lines would give any listener the most radical time; to easily hang loose and execute some funky disco dance moves guaranteed to leave a young John Travolta in shame.

Finally being able to enjoy this EP in its entirety was a real treat to my ears. Colour had me swaying and enjoying the reimaging of the disco spirit by blending it together with the modern electronic sounds of the dream-pop genre mastered by Hernandez.

Mere weeks after Hernandez started dropping hints, he began releasing singles that would ultimately become the livelihood of Colour. As months idly passed on by, the anticipation continued to build with the releases of the singles, starting with a sweet IG live listening party for “Sequestro Al Corazón.'' This one brought forth his signature dream-pop sound and spewed romantic AF lyrics at dangerous lava-like temperatures. The release even included a high flying, anime-style video done by a Los Angeles animator, Edgar Fernandez. Check it out below if you haven’t already!