Published 10 months ago by Byron Gonzalez 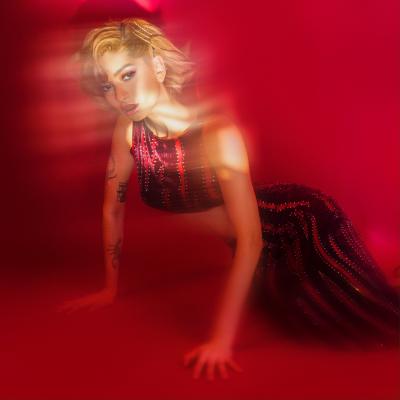 Los Angeles transplant, Tatiana Hazel releases her nuevo EP, Duality. With this release, she wishes to support the LGBTQ+ community by recommending her fans to donate to Black African-American trans-women causes. Hazel will specifically be donating to Brave Space Alliance - @bravespacealliance, which is a Black-led, Trans-led LGBTQ+ Center based in the South Side of Chicago. And to help raise further funds, she released an 80's inspired t-shirt for Duality - Link!

%100 of the proceeds will be donated to Brave Space Alliance.

As I was listening to Duality, digesting it, getting lost with it, I was pulled in by her artistry/mastery of the pop music genre.  Laying down catchy guitar progressions, low-tempo steady synths, and head bobbing pop drops (like musical candy). It reminded me as to why she's being recognized all throughout the music industry. She was awarded The Latin Alternative Music Conference's Discovery Award, she was announced as Ones To Watch at the LA Latin Film Festival and Latinx Virtual Music Festival and countless our media publications.

This new release, had me going through the motions. Honest lyrics fill the EP with intensity, adding the extra layer of vulnerability allowing the listener (me) an opportunity to reflect on similar feelings. I can imagine almost every song being in a teen coming-of-age movie, and aren't those songs really great? Yo pienso que si. I'm calling it, this is a Pop classic. If you've already listened to it, (this post is a couple of days late) read the track by track commentary from Hazel herself.

“I chose this song to start with the EP because of his optimism. I wrote this song about someone who would always be with me in the bad and good moments, although now they are no longer in my life. During the rest of the EP I went through ups and downs, but always wanting to reestablish and maintain a positive and hopeful attitude no matter what happened, which I think this song captures perfectly. It was written, produced, mixed, and mastered by me.”

“I started writing this song during the last 20 minutes of a session with my friend Ikon. A couple of months later I was working on the EP at XL's studio in Soho, New York. The studio had so many instruments that I had never used, so I wanted to play them all. Thanks to my friend and engineer Mike Bloom who encouraged me to play drums live for the first time. I also played bass, guitar, and synthesizers. It was produced by me, recorded by Mike Bloom and mixed by Alex Baez (papi beatz).”

“I wrote this song in 10 minutes on my guitar in March. I had writer's block for a couple of days so I grabbed my guitar, played these chords and sang about what I was literally doing at the time, 'I was sitting in my room watching the sky darken, dark blue…' and I recorded it on a voice note. The next day I produced it, mixed and mastered the song that would be my next single..”

“This song is written, produced, mixed and mastered by me in which I speak about my personal experience as a woman in the music industry. It's about feeling like I have to sexualize myself or sacrifice parts of who I am to get attention instead of letting my music speak for itself. I use sarcasm to express this with the choir ‘Roll my r’s, strum my guitar for you baby, I’d be your lady’ but end on a more serious note ‘I’d rather die than live for a guy.’"

“I made a lot of friends while traveling in Europe last summer and that's where the inspiration for this song comes from. After a couple of long nights in London, I wrote the first verse in my head, and then, in my next destination, Berlin, I finished writing the whole song for one night alone in my hotel room. As soon as I got back to Chicago I had a session with producers Ikon and Austin Woo and the song fit perfectly with a track they were working on together and we finished it that day..”

“I have never spoken about my sexuality publicly until now, I have identified myself as bisexual for several years and this is the first song I write about a woman and I even included pronouns. I usually keep the songs genderless and so they can be applied to anyone, but I was inspired to write a song about a summer adventure I had inspired by Lady Gaga's 'Summer Boy' but changing it to fit my own experience. The song was produced and mixed by Shepard Hues.”

“When I started writing this song I was in a long-distance relationship. The song was about missing that person and promising they would never forget. A couple of days later, when I went to finish the song, the relationship was already over, so I changed some lines and turned it into a song of breakup and heartbreak. It was produced, written, recorded, mixed, and mastered by me.”

“This was the most spontaneous song on the entire EP. The day before ‘DUALITY’ was sent for distribution I made this beat. A song that I had released before and removed fit perfectly with this beat so I quickly recorded, mixed, and mastered it, then added it to the project at the last minute. This song represents the close and end of my ‘DUALITY’ era.”