What’s poppin' LatinAlt fam! I hope everyone is continuing to stay safe, wearing their mask, and maintaining social distance. In case you were too busy waiting for your plants to dry just so you could water them again or maybe you’ve been stuck on the endless loop that is the TikTok for your page, you might have missed that the amazingly talented Jessie Reyez released a music video for her song “INTRUDERS,” on June 19.

Directed by Les Solis, written by Peter Huang, and the creative genius being Reyez herself; this animated video dives into the concept of ownership and possession of romantic partners. The song comes off her debut album BEFORE LOVE CAME TO KILL US ALL, drawing a beautiful parallel between the video’s visuals and the album’s title. Similar to other Reyes music videos, she wastes no time in giving viewers a specific look into her relationships with men, here she is, once again, direct about her visions. Illustrating the possession of a male partner and the fear of outside forces meddling with their relationship, she alludes to the colonization of indigenous land. As she herself has indigenous blood, not only did she want to be literal with this video, she also wanted to contrast the instrumental’s gentle melodies with gory visuals. 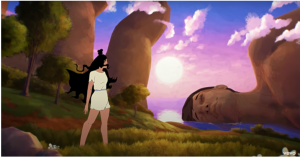 The video opens with flowers, waterfalls, and landscapes that exist within the island the animated Reyez lives on. However, this island is also doubles as her male lover. From the beginning, she finds serenity in the vast land that exists on his hands, cheeks, and shoulders. Unfortunately, white women in multiple ships arrive and begin to pillage, throwing spears connected to chains to gain control of him. Reyez, seeing her lover in pain, begins the attack until fear forces them back. Releasing her lover’s chains, he gains mobility and assists Reyez in sinking the ships with a swift movement of his hand. As you’re watching you think “Yay! They defeated the enemy together, now they can be alone once again,” but sadly, that isn’t the case. She slowly loses her lover and essentially her home to heavy loss of blood. As the video draws to an end, the giant landmass sinks further and further into bloody water. 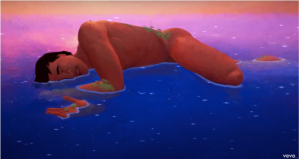 In a press release, Reyez reveals that this is her favorite music video of the whole album not only because the storyline is more literal but also because the dark visuals are a heavy contrast with the gentle and peaceful melodies. As I mentioned earlier, she is directly addressing the long history of violent colonization of indigenous land and the loss that almost all indigenous communities had to bear at the hands of Europeans. Personally, my favorite thing out of all of this is that at the end of the day, this is still a love song. Comparing the idea of colonization to the feeling of being possessive of a romantic partner is brilliant. Whether it’s at the beginning honeymoon stage or years into a relationship, some couples feel this heavy sense of ownership of the other person where the thought of others having access to them physically or emotionally terrifies them. The same goes for indigenous people who hold centuries of history upon their sacred land and the act of outsiders gaining access to it is detrimental. Sadly, that was and still is the case for many couples and indigenous communities where outsiders feel the need to enter, meddle with, and have access to either a partner or piece of land. 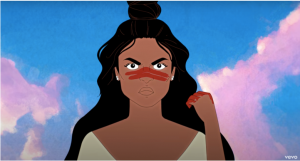 The animators over at Solis Animation Inc. did an incredible job of catching the essence of Reyez’s concept for the song. As she begins releasing new music videos over the next few months, I honestly cannot wait to see what other concepts she envisions. If you're able, check out her videos for “I DO,” ‘SAME SIDE,” and “Crazy” which FYI… two of those videos are direct continuations of each other! Find out and see! 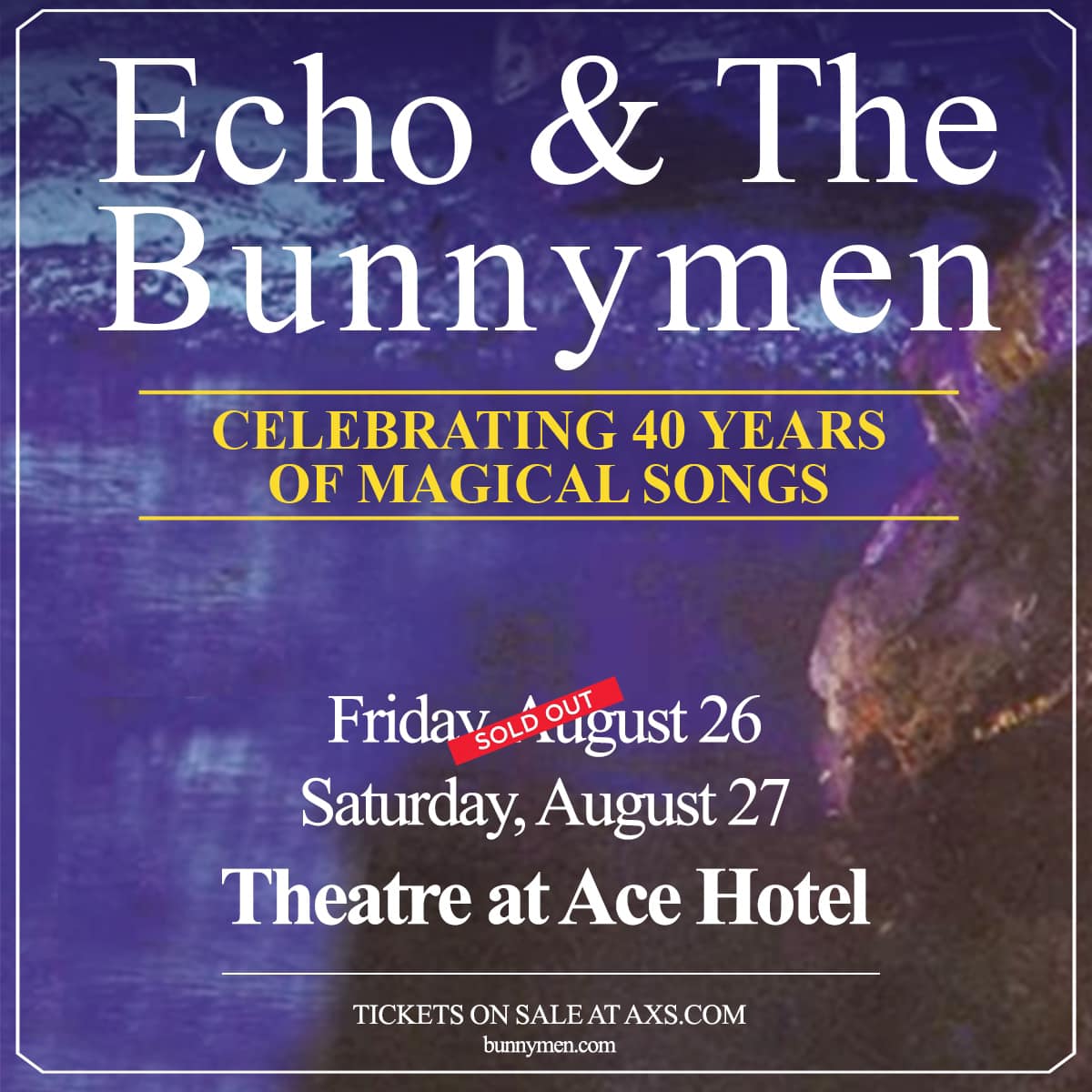 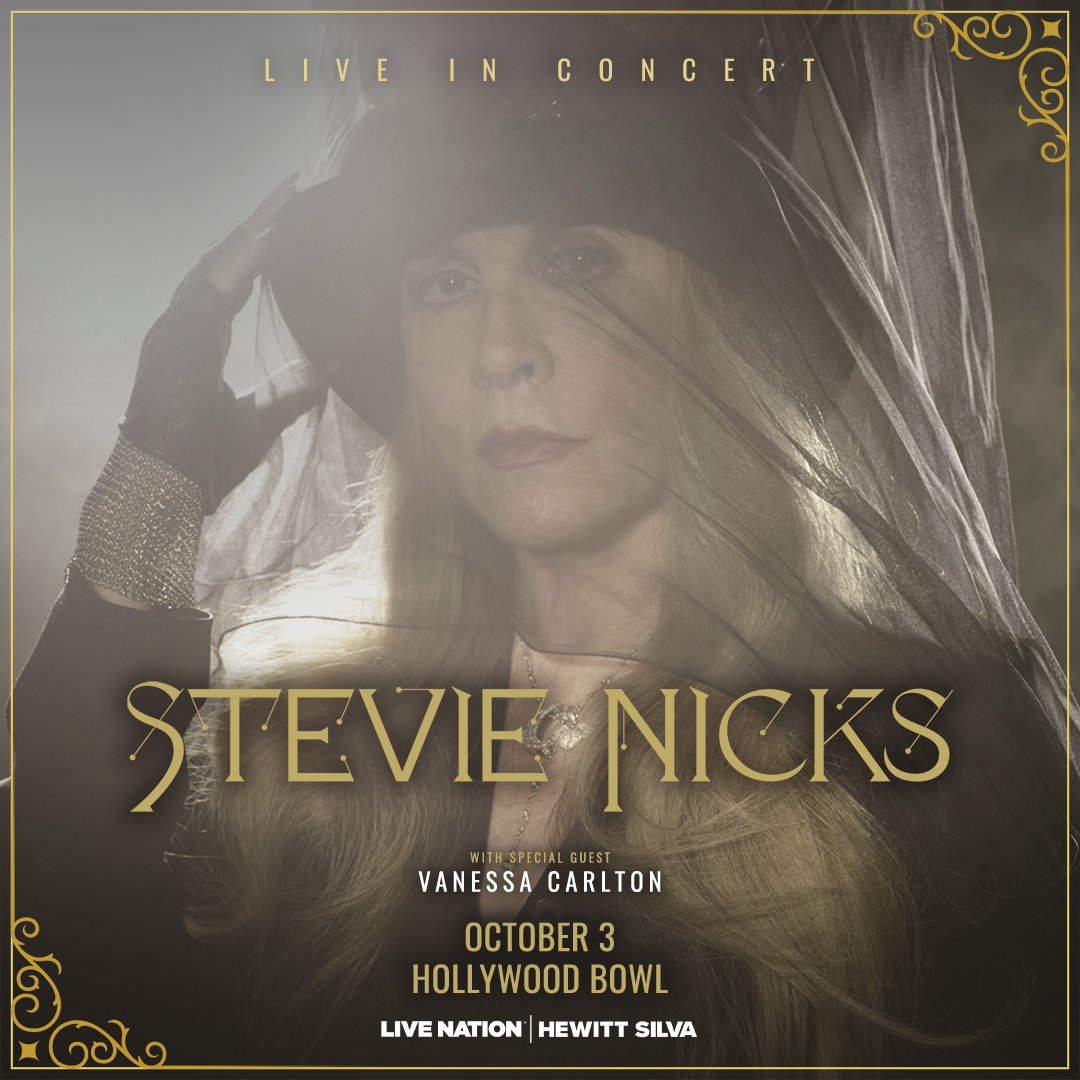 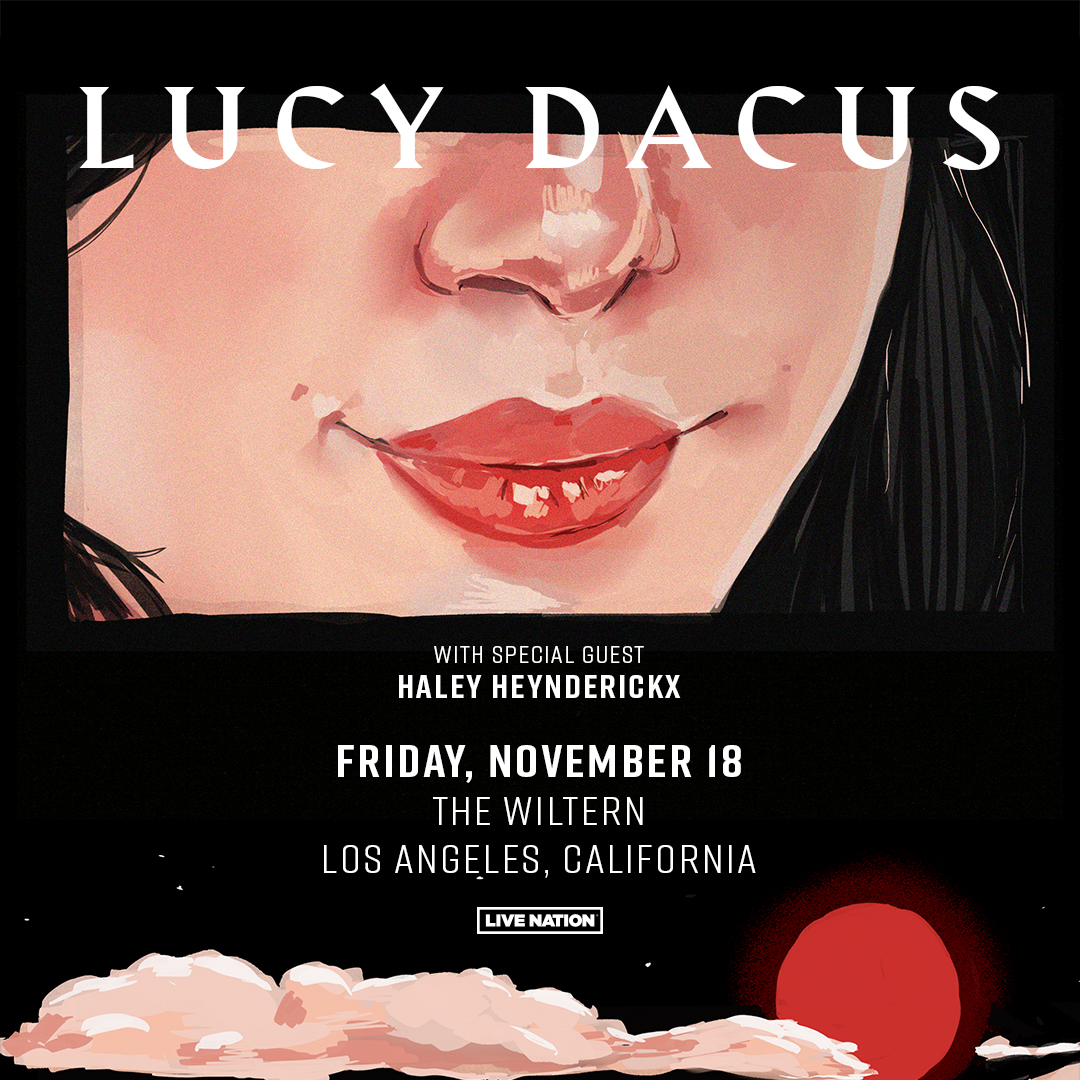 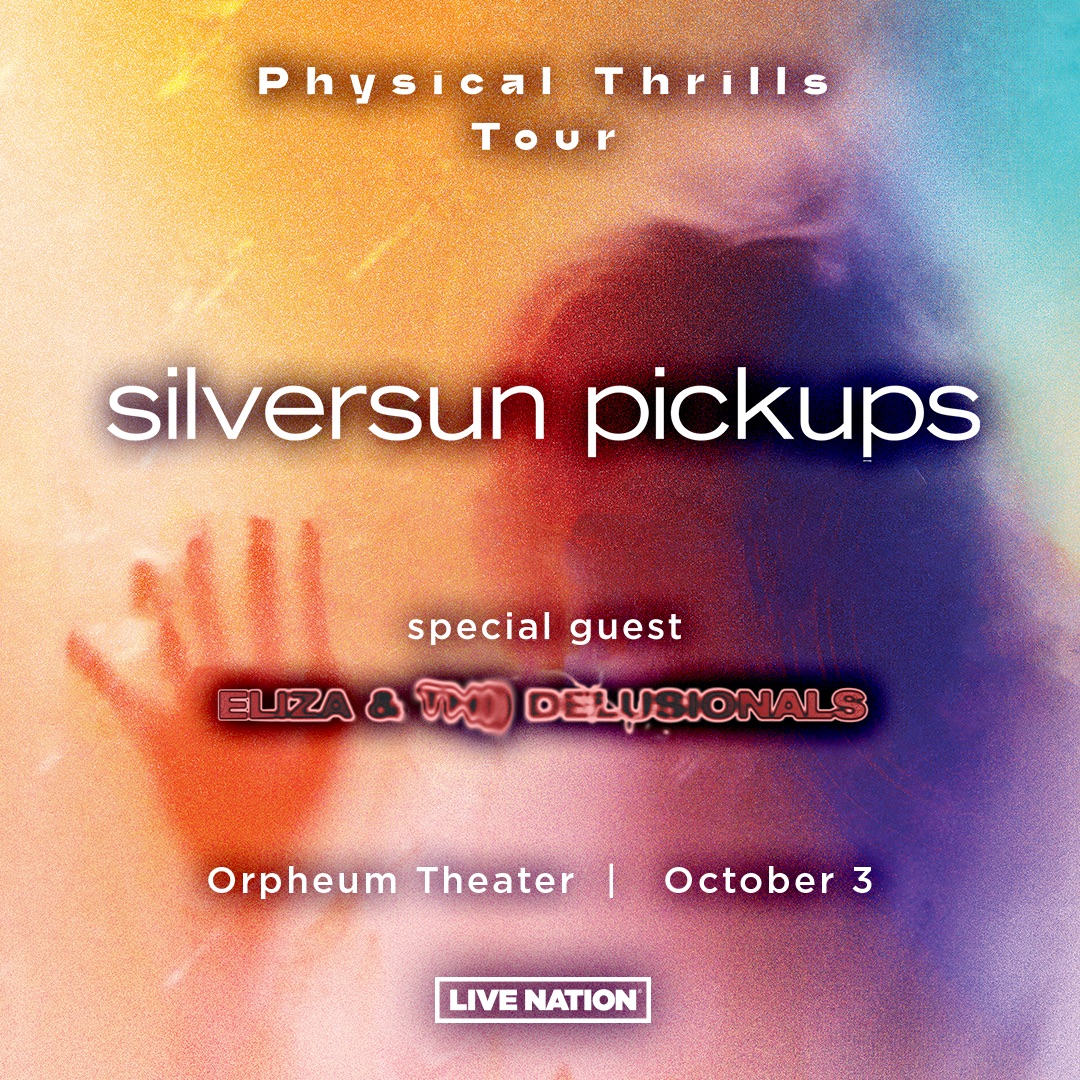