Published 19 months ago by Daniela Garnica 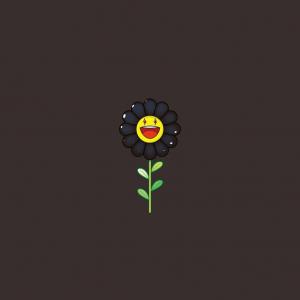 The #1 artist on Vevo, J Balvin, strikes again and this time he serves us an animated video for his song “Negro” off his recent album Colores. With the coronavirus pandemic keeping social distance practices in place, the reggaeton artist keeps us entertained with futuristic post-apocalyptic scenes, dinosaurs on top of cars, a beautiful woman by his side, and my personal favorite is the T-Rex with gold grills. This isn’t his first animated music video, though, as three weeks prior, the animated video for “Azul” was released.

During these weird and unprecedented times that we’re currently living in, it’s amazing to see how music artists are getting creative with their projects and J Balvin is definitely one that continues to kill it. As previous music videos of his included heavy visual effects, it’s no surprise that he was able to fully transition to animation. Being the creative genius that he is, it is incredible to see how even a global crisis doesn’t hold him back from fulfilling his artistic vision. 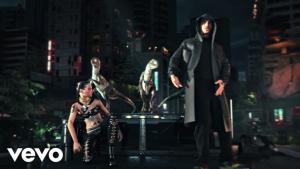 Probably my favorite shot of the entire video, we see the animated version of Balvin standing on a moving military vehicle with a stunning woman who gives me Lara Croft vibes looking incredibly badass next to him. But how could we forget the three smaller dinosaurs standing directly behind them nodding to the beat of the song? The visual effect artists over at Digital Axis could not have captured Balvin’s essence any better as his body movements and mannerisms are incredibly accurate.

The ability to animate almost anything nowadays with the technology that exists today along with the incredible talent visual effects artists have made it possible to allow any awesome idea to come to life. We got J Balvin sitting on the edge of a helicopter flying over the city. And we got a giant T-Rex swallowing him whole toward the end.

As many music artists have chosen to record music videos directly from their homes, J Balvin switches the game up by going digital. As the pandemic continues, probably one of the only things I look forward to besides its ending is to see how practicing social distancing and being in quarantine will influence the future of music video years from now.