Published 23 months ago by Daniela Garnica and Photos taken by: Krystine Curtis 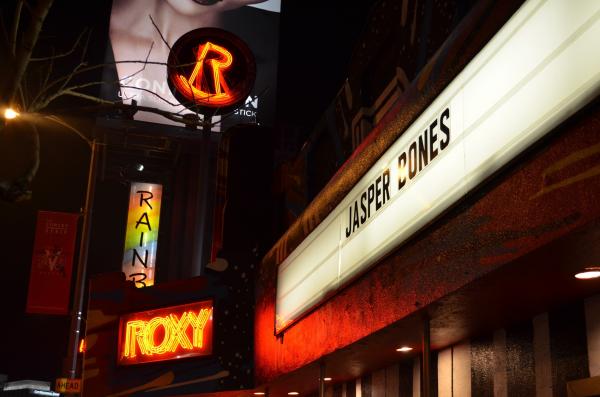 Hi there Latin Alt fam! On February 14th, Krystine and I had the honor of sitting down with artist Jasper Bones before his sold-out show at The Roxy. It had been almost an entire year since he had played at the same venue where this time around, the time slot and buildup of the show made it feel extra special. We started by gaining the inside scoop of his pre-show ritual which includes lots of vocal warm-ups and some alone time.

Since this wasn’t his first time playing at The Roxy, we wanted to know what was different this time around. Personal growth was definitely one of the biggest differences he noted in terms of stage performance and being more comfortable. With a new guitarist and bassist joining him for HOWDYBOY3000, the new sounds they bring with them on this tour feel refreshing, magnifying and are some of his favorite sounds so far.

Although from Pasadena, we were curious to see what playing in Los Angeles, where a large population is Latinx, meant for Jasper. Historically speaking, the venue being home to some of greatest so to be able to be a part of the venue’s legacy is an honor. He adds that it’s interesting to see how different crowds react to different sounds along the tour. The tour took place over a span of almost two weeks in Arizona, Texas, New Mexico, and Los Angeles. According to Jasper, Los Angeles goes hard as there’s so much energy. Whether that’s because we’ve been sitting in traffic all day or because we love to have a good time, as an L.A local, I can definitely say we go hard for the things we love!

The Roxy is a legendary venue that Jasper has played it twice now (how cool!) but what’s his dream venue to play? The Hollywood Bowl! He tells us that his dad used to drive the shuttle bus at the Bowl and thinks it would be super sick if the bus driver’s kid was playing. When the day finally comes, we’ll be there cheering him on!

Taken right before Royaljag, the openers, came out!

HOWDYBOY3000… sick tour name so where did it come from? Jasper Bones fills us in on his Texas persona that was inspired by his time on tour with his friend Omar or as many might know him as Cuco and August Eve in Texas. The yeehaw vibes were definitely felt by the fans as some even wore cowboy hats to the show! 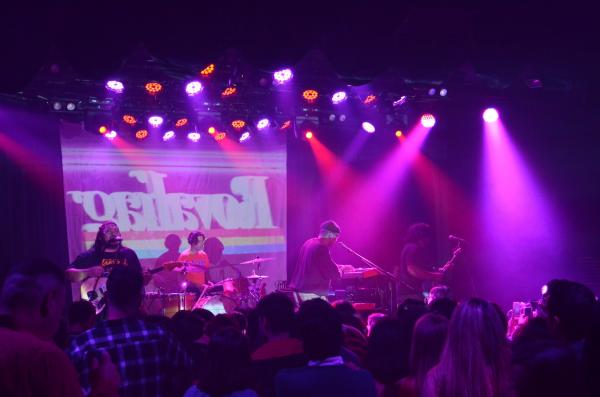 He also told us a little about his time making a dance song with producer Yung Bae that for Jasper was super untraditional compared to what he’s used to. As more of a soul and R&B artist, he prefers to stay in the lane of music that he prefers. However, even though he knows what he likes, he still enjoys stepping out of his comfort zone as he gets bored easily. As an artist, he likes to “keep it fresh, keep it interesting.” 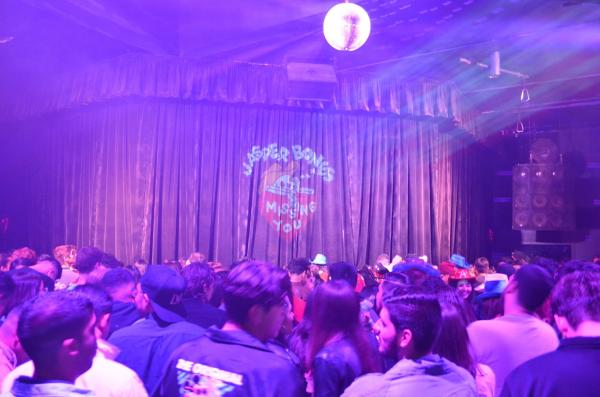 The Audience before the curtains pulled back.

2020: a new year, a new decade. What is he looking forward to this year and what are some of Jasper’s goals for the year? As someone who is so used to doing everything himself, he thinks 2020 is the year of accepting the helping hands of others. Part of those helping hands is the team around him. Seeing it grow into the little family that exists today has been both a great and special experience for him. In terms of goals, his main one is to get a place of his own. He’s blessed to be super close with his family but in a super traditional Latinx household where you’re not expected to move out until you’re married, he just wants to be able to live more independently. Not only that but to be able to work on his music on his own time and own space. For having found something he loves so passionately at the young age of 21, he feels super lucky. He also can’t wait to extend his creative mind into things bigger than himself like studio art and cinema. 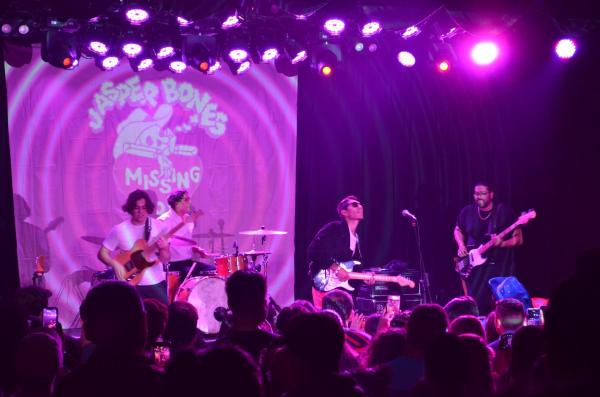 Jasper Bones and his band are finally on!

As the interview was coming to a close, he brought up the idea that people using money to see him perform is both wild and super sweet. What’s even wilder is that the show sold out! Hundreds of excited fans paid money to see the one… the only… Jasper Bones! And on behalf of the LatinAlt, we’re super proud of you Chicano brother!