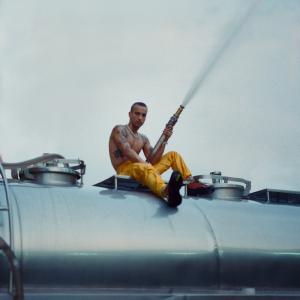 It's been a few long years since Brooklyn raised, French, Colombiano, Gabriel Garzón-Montano released his 2017, debut album, Jardin. The announcement of his second full-length album, Agüita, was very exciting to me. The album is scheduled to be released on October 2, via Jagjaguwar in association with Stone Throw Records. Garzón-Montano also follows the announcement with the release of the album's title track and music video directed by Art Camp.

Garzón-Montano's last single, "Someone" gave us a sexy, luscious RnB ballad but for his new song, he's decided to changes things up a bit by driving "Agüita"  into trap territory as itembraces trap's beats, pquips and jabs. Changing genres from song to song is nothing new for Garzón-Montano, in fact, that's what I would expect from him.  What did surprise me, however, was that this song was entirely in Spanish. His first ever. Miralo!

"Genre has never been a consideration. The idea of genre uses fear of failure as a baseline. Genre puts the music in a box. This album is anti-genre. Anti-fear. Anti-box"