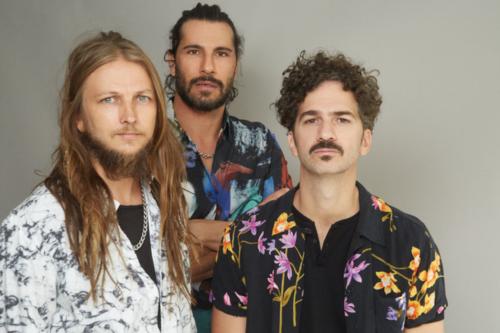 When you're hearing the song, I hope you'll agree that it'sone of those song you want to enjoy over and over and over because you'll be hearing something new every play. I believe that this will have you grooving in your seat, on your feet, or wherever you may be. According to a press release, the songs feature a plethora of samples from the Fania Records collection and Daft Punk.

Sidenote: I've been dancing in my seat the entire time while writing this post. I've must have heard the song about eight times already. This song has prolonged the progress of this article.

Bassist, Mariano Lanus has worked as an engineer and producer for MTV Unplugged. He is also credited with recording and producing their new upcoming album.

Band DJ and guitarist, Mexican-Argentinean Andrés "Güero" Cruz ( is also a director for documentaries and commercials in Mexico. He can also be credited to producing most of Timothy Brownie’s music videos.