Published 12 months ago by Byron Gonzalez 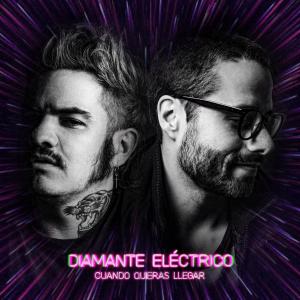 In an interview featured on our IG Live, Juan Galeano says that the new single is the most pop-mainstream song they’ve created. Galeano describes the song as less of that rock sound you’d expect from them but assures us it still has the very essence of the band baked right into its DNA.

In a press release, Daniela Alvarez says, “In this song and in the album in general, we wanted to walk through the door that we opened in Buitres, making music that people dance to. This comes from when we played Coachella in 2017, walking around the festival stages we understood that the most fun experiences for the audience were physically intense, with dancing as the main one, and we wanted to make music like that. In this album we also sought a communion between what we like to play and what we like to hear; it's an album that we would listen non-stop."

Already a fan favorite, I myself have listened to the new single non-stop to the point that it’s infiltrating my dreams!  I could only imagine how great the new album will be. Leaves me wondering what sound we can expect from their next single.

As for the music video, the band wanted to pay tribute to the music videos being made in their home country, Colombia. While hanging out in their hotel rooms, while on tour in Colombia, the band took inspiration from watching music videos of Vallenato (Colombian Folk Music) and Ranchera bands  They enjoyed the video’s aesthetics and storylines which typically involve a journey into finding love. They wanted to mimic that while also adding their own flavor into the recipe.