Published 7 months ago by Byron Gonzalez 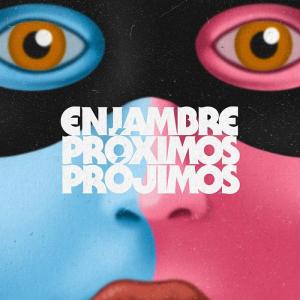 After a few years filled with touring and promoting their last album, Imprepfcto Extrano, combined with the time they spent creating, taping, mixing new songs, they are ready for this new album to be released.

Enjambre is back with their signature sound of beautifully crafted psychedelic rock reminiscent of an era of free love and rebellion with the present familiarity of dark melancholy of our current state of affairs; driving their songs with angelic guitar riffs, devilish bass lines, vulnerable cadences, magical crescendos, cosmic sound waves. Their song "El Derrumbe," carries a strong sense of bolero influence.

The intent of Próximos Prójimos  is to deliver a message of change to the new generation; it wants to build awareness to the coming of a new era; it creates a sense of moving forward without fear.

The album also touches on the personal experiences of the band members. It is embedded with situations they've faced in the time between their last album to the start of this most recent album.

They composed statuesque songs to the subjects of loss, joy, adaptation, self-reflection. The rock n' roll artistry Enjambre brings to the table in every album is undeniable.