The Tracks Shift Gears With Roarin’ New Single, “You People”

Published 14 months ago by Adam Salcido 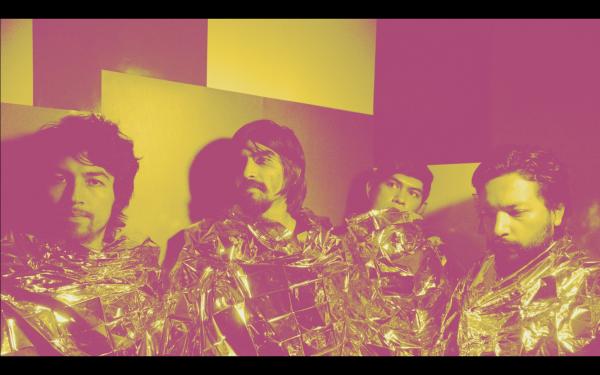 Hit the ignition, and rev your engine. The Tracks have returned with their fiery single “You People.” Their music returns with a grit, edge, and tenacity eclipsing their acclaimed debut album, Treasured Memories. This is a personal declaration for the group, and a universal anthem for those bludgeoned by injustice and discrimination.

From a sonic perspective, right away the listener is greeted with Jimmy Conde’s kinetic drumming. The combination of crashing cymbals, thunderous bass and snare drums sets the tone for the song. Putting the punctuation on bass is Felipe Contreras, making sure to solidify the foundation Jimmy sets. Only to be met with Venancio Bermudez and Johnny Santana’s electric and wirey guitar work. Tandemly firing off like cylinders, The Tracks create a sound reminiscent of The Stooges, Dead Kennedys, with hints of surf rock.

On vocals, Venancio puts his best efforts forth to portray feelings of aggression, fear, and assertiveness. When singing throughout “You People”, he accentuates the end of a lyric with vibrato that reminds one of Jerry Lee Lewis or Jello Biafra (of Dead Kennedys). Intermittently mouthing "who", varying between a quivering or guttural delivery in bridge portions of the song, Venancio is in his element rocking on this track. During the verse “‘Cause I’m afraid to get up / I’m not afraid to stand tall”, he ranges from whispering to angrily pursing his lips together. A nice touch depicting the rising tension growing within himself.

Lyrically The Tracks portray concepts of nihilism and inner strength. With words like “I lost my faith in all preachers / When I lost faith in God’s green Earth” and “‘Cause I’m afraid to get up / I’m not afraid to stand all / We’re not afraid to get up / ‘Cause I’m afraid I want it all”, this is the evolution of a person who is outraged with the world. Whether that’s the Black Lives Matter movement pointing out systemic issues here in the U.S., or the general public protesting a fraudulent president in Belarus. This group reminds listeners that every voice matters, and in unity there is strength.

“You People” is a statement from The Tracks that their return would be met with an exclamation point. Certainly they have hit second gear sonically with a song to fuel the masses and a proclamation to the powers that be, “ya basta!”