Published 3 months ago by Byron Gonzalez 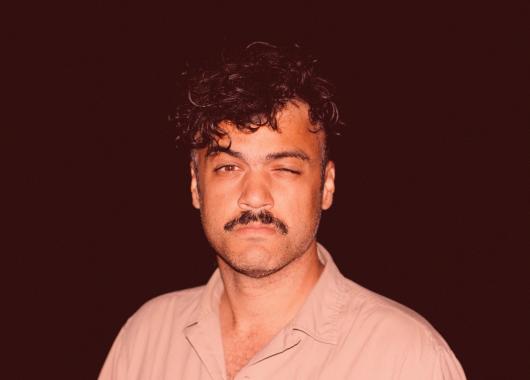 The Dominican-born, Mexico-based, singer-songwriter Alex Ferreira released his folky, tropical album, TANDA just before Valentine's day - maybe it was just a coincidence or maybe because the album could serve as a soundtrack for all the romantics to put on for a romantic occasion.

Today, Ferreira shares the new music video for the first song of the album, "Como Viene Se Va." A song that sets the mood of the album and also one of the first songs Ferreira recorded for it. The entire video was filmed in the Dominican Republic by Israel Cárdenas.

The video takes the audience on a black and white journey of isolation ina bubble, much like many have experienced during this prolonged pandemic. The video centers on Ferreira alone, in a bubble to explore just how many have been feeling for the past year.

Ferreira also finds himself washed up on a lonesome beach.  When anyone finds themselves alone, anyone would do as Ferreira does, makes friends with their own shadow. It's a solemn message juxtaposed with a bright, easy to dance to, comforting melody. All in all, it's a fun ride. Goes to show, Ferreira knows how to look on the bright side of things.

Phonetically experience TANDA the way it was meant to be experienced. The album is now available for Vinyl pre-order here: http://smarturl.it/TANDA2021 Saint Motel at The Observatory on Tuesday, October 5th
SIGN UP FOR FREE TICKETS HERE Gary Numan at The Observatory on Saturday, October 23rd
SIGN UP FOR FREE TICKETS HERE Katie Pruitt at The Constellation Room on Saturday, November 13th
SIGN UP FOR FREE TICKETS HERE Contributing Members: Haim at Santa Barbara Bowl on Tuesday, September 21st
SIGN UP FOR FREE TICKETS HERE
VIEW ALL EVENTS
ADVERTISE WITH US