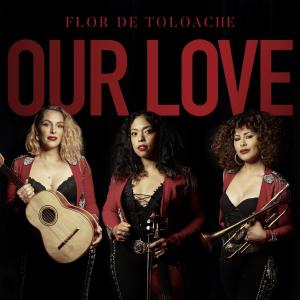 The illustrious, wonder women of the Mariachi scene, Flor De Toloache, unveil their new music video for “Our Love,” from their Grammy-nominated album, Indestructible.

The video, directed by Brian Slater, gives viewers insight into the touring life and behind the scenes of these powerful and talented musicians as they perform at a plethora of sold-out shows across the country during their national tour last year. From getting ready to the emotional family goodbyes, the video captures the hustle and bustle of tour life and their dedication to putting on a great show.

Extra Credit: Very recently, the group was featured on Little Voices, a coming-of-age dramedy exclusive to Apple TV+ by JJ Abrams, Sara Bareilles, and Jessie Nelson. This is the first time they are featured on a TV show and they get the opportunity to perform as themselves. Flor De Toloache performed three original recordings: “Regresa Ya,” “Dulces Recuerdos” and "Dicen.”