Published 6 years ago by Blake Tamayo 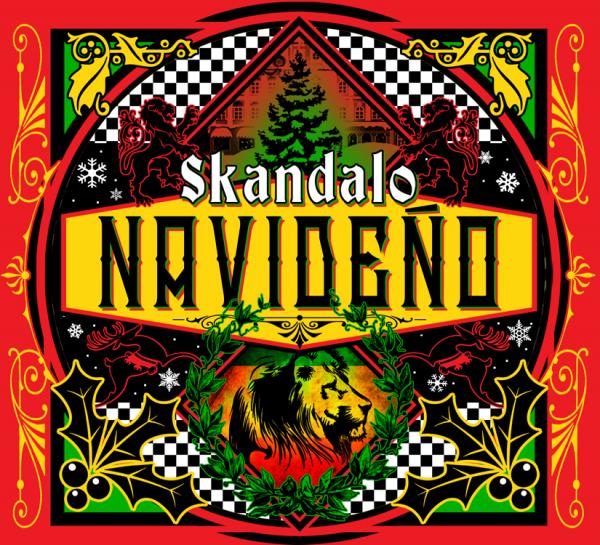 Working through December inside a busy mall made holiday shopping a beast I had to tooth-and-claw with instead of a list I had to check. Everyone who has done it knows the frustration felt when people keep walking in right when you were supposed to take your lunch, and so the only thing that keeps you from shooting at the ceiling, is a quick thought of the money you’ll be getting so you can then in turn use it to terrorize other retail workers. During my battles in that lion's den, the ten versions of the songs we call christmas music were played over, and over, and over… brainwashing me so that now I almost go into A-Clockwork-Orange-type shock when I hear the first note of those few and overplayed versions. Just so you don't think I'm a grinch, however, that is the reason why I always eagerly welcome good, and refreshing, music made in honor of the end-of-year season.

Skandalo Navideño is the Asalto Navideño of a new generation of musicians that proudly highlight the latin stream in modern popular music. They remind people that many sounds and rhythms we now love, arrived inside the foreign luggage of artists who came from outside the federal borders. From The Twist to EDM, the melting pot that is Latin American music has always been the sure go-to recipe to make bodies move to a beat.

The album quickly covers all facets of the genre, from a villancico to the mandatory White Christmas, and that’s just the first two songs. The first track comes by the hands of Colombia’s Alto Grado, whose female lead singer shows that knowing how to roll your letter R's has many advantages, specially when you need to emulate the rhythm of a snare (I challenge you to try it). The bossa-nova version of Irvin Berling’s classic follows by the band Blanco y Negro, and it’s so chilled that a green christmas would sound just as awesome, man. Burrito Sabanero is then played by Pachamama Estela with the Puerto Rican triple, reminiscing the legendary holiday album of traditional latin music released by Fania Records so long ago and still happens to be the mandatory repertoire of the season to a large population of the world (imagine the royalties that label gets).

Roncovacoco then breaks in with Navidad Sin Ti, a reggae aimed to all those who have families away and whom for whatever reason, can’t simply just be visited. I mean, what is the holiday season without its depressing scheme of gray skies and emotional blizzards of sadness. The same band then says “screw it” (or at least I imagine they do) and jumps on the Villancico boat with Peces en el Rio. South Central’s South Central Skankers temporarily trade the boxing gloves of songs like Golpes for some Chuck Taylor Skanking Shoes in an Amarga Navidad, to then putting on some of the moshpit gear again for a peachy Noche de Paz.

Just when you think all the material was covered like the week before finals, a dub-electronic beat called God Rest Ye Merry Gentleman (you probably haven’t heard those words put together) is dropped by Camilo Tumbao (Xperimento). Then in the last song all parties involved wish you a happy day of Saturn, I mean, a Feliz Navidad, Prospero Año y Felicidad, and I can, for a fact, tell you that they do it from the bottom of their hearts.

You can find the album here: http://skumbagrecords.bandcamp.com/releases