In Case You Missed It: Prayers - Wild Roses (Fragrance Remix)

Published 6 months ago by Adan Jimenez 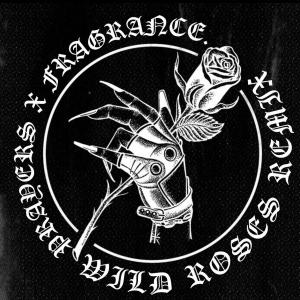 If you don’t know, there is a new type of Goth out there and it’s called Cholo Goth; it’s an unlikely pair that defies expectations. Cholo Goth is a genre made popular by the band Prayers that began in 2013. It all started when a cholo from San Diego, Rafael Reyes, met producer, Dave Parley. The duo has gathered a unique following since its inception. I attended a few of Dave Parleys “Cholo Goth Nights” at The Lash in Downtown, Los Angeles. I had a great time grooving to darkwave music.

Reyes keeps himself busy raising a son with his wife, Kat Von D but still finds time to work on his music. Prayers recently dropped a remix of their track “Wild Roses,” which was done by French DJ, Fragrance. The video was animated by Spanish/Canadian artist Daniel Cordero. Cordero did an excellent job capturing the band's bold style. The video mixes monochromatic animation and text, along with real-life shots of the city of San Diego and Chicano Park as we follow a stray dog through the San Diego streets. 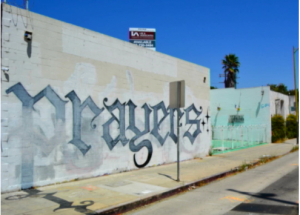 I was taking a walk around my neighborhood and come across a giant Prayers mural on the Bob Baker Marionette Theater next to Downtown Los Angeles. I thought it was just a mural with the word prayers and without any connection to the band, But a few days later I saw some cholos and Dave Parley himself taking pictures and video in front of the mural. I confirmed on Instagram and it was definitely them. I’m not sure what the band has in store for us, but I’m excited.