Published 5 months ago by Byron Gonzalez 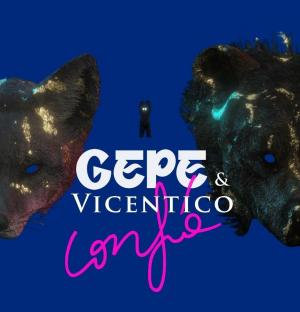 Chilean singer-songwriter and multi-instrumentalist Gepe has released his single  “Confia” in collaboration with Vicentico - vocalist for Los Fabulosos Cadillacs. This marks Gepe’s third collaboration this year established artists, which has become pretty normal in Gepe's career. It's no longer a question of when is the next collaboration, but rather who's next? "Confia" is the fifth single release of what will eventually become his eighth studio album. So far the album will include previous singles such as “Timidez feat. Natalia Lafourcade,” “Calle Cima,” “Tupnaesmipena feat. Princesa Alba,” y “Buena Memoria.”

Gepe is no stranger to the Chilean folkloric forces that live in his culture's music; he allows for the folkloric forces of the past to influence his songwriting and compositions. In “Confia,” he builds trust between his contemporary indie-pop tendencies and his Cuban, Central-American roots, along with the help from Vicentico, produces a multi-dimensional, toe-tapping, passionate song with said trust. In a press-release, Gepe lays down his recipe for the single.

“Musically it has a lot of Cuban and Central American influence, as well as a milonga reference on the guitar. It also has a Latin beat arrangement, Orisha style, inspired by Latin hip-hop of the nineties."

The video takes viewers into a world that, just like the song, is multi-faceted, colorful, weird, intriguing, a feeling of chaotic order and instinctively fun!