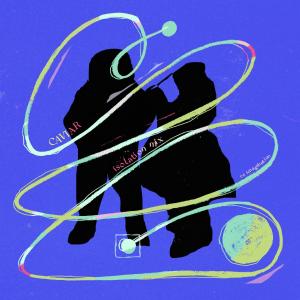 New York Colombianos, Salt Cathedral share their isolation remix of, "CAVIAR," via Ultra Music. Due to COVID-19, Juli and Nico are trying to find new ways to continue to promote their recent debut album release, Carisma and find new creative methods to do so because they have lost their ability to perform the songs live. Which the band has explained that live shows were, in a sense, a way to hear the songs in a different way than it was recorded.

I had the opportunity to interview the band during this year's Latin Alternative Music Conference and they told me that they were in the process of making an entire re-release of Carisma by reimagining their songs. And now, here is the beginning of that new project. Right now, there is no release date of the re-release of their debut album but I'm sure it'll come soon. I believe it'll be worth the wait.

Listen to the new remix below and below that, watch the Rooftop performance of their reimagined version of "Te Quiero Olvidar."

"While being isolated in our Brooklyn home, the idea of re-imagining CARISMA came up. We couldn't play it and thought about the concept of playing live and concluded that, in relationship to the record, playing live leads to the act of reinterpreting. Reinterpreting the songs in different ways depending on the city, the people, the venue, and our mood - kind of transforming the songs, their meanings, and our interpretation of them from night to night.

The reality is, we can’t replicate the experience of live reinterpretation but what we can do is reinterpret the songs reacting to isolation; to COVID19, to the injustices, to the awakening and manifestations - all the things that have come to be in these strange strange 2020 times.

The re-interpretations are pure abstractions of what we’re currently feeling, nothing literal to what’s going on. We wanted to give the songs a chance to be something else. When we play the songs over and over, they start morphing, they mature and we wanted to give them a chance to grow, give CARISMA the opportunity to also be something else. The re-imagination was our way to make this happen.''